I was quietly munching on this question in my mind, observing the world around me, when I had a sudden revelation. What made the moment even more grandiose was that I had it at the fat-burner class at my local gym – the least expected place! These were intensive 45minutes, and the instructor was the source of my aha-moment. What did she do?

She was in flow, she was having fun, moving to the beat of the music and shouting words of encouragement. She didn’t preserve her energy – she gave all she had – sweating, her energetic voice reached the furthermost corners of the hall. She moved as if she was on a huge stage in the middle of a huge stadium.

She made eye contact, she saw me, only me out of the 25+ women in the hall. I felt special, I felt cared for, I felt included, not because she did anything special for me, but just because I was witnessing her as a being and how she was at that moment.

She was here and now in her totality. I could see her mind was not on what she’d cook for dinner, what one might think of her, or how someone pissed her off on the way there. She was fully present with her body, mind, and emotion. With her rosy cheeks, shiny eyes accelerated breathing and energetic movements following the music and some exercise sequence unknown to me.
She was alive in the truest meaning of the word. She was the moment and the moment was her.

She didn’t have the perfect, sculptured body, nor were her movements the most accurate or gracious. I’m not even sure if the exercises were the most efficient to burn fat. It didn’t matter.

At this moment I would follow her anywhere. I trusted her completely. I would give all I had to do 10 pushups if she asked me, or walk on my hands, or lift 50kg. I was ready to cross my zone of comfort just to match her, to join her in this vivid place she was inhabiting. She was projecting it onto us, almost unwillingly, almost as if she couldn’t help it. We were merely witnesses of her wholeness.

She cared, but she didn’t have expectations of us to move in a certain way. She was engaged but she did not require attention back. She was absolutely unattached to what was happening in that class. Even if all of us left, she would continued doing what she was doing – for herself, for the moment, and for the music. This felt relieving, freeing and spacious. So spacious, that it drew us in. Out of our own wish, not because we had to.

I felt seen, I felt excited, I was smiling inside and out. I was even going to laugh out of if the exercise wasn’t taking all my energy. The crowd was boiling too – I’d hear a whistle now and then, exalted claps, deep breathing. We were one, we were a flock of fish moving energetically and synchronously, almost dancing.

Here I have to mention that I’ve never seen such excitement in the gym – and I am a regular – not only at the gym, but also the swimming pool, parks, and other places of ‘relaxation’. I’m not sure what’s with people nowadays, but we keep the serious faces, guarding our smiles, as if not to be seen too frivolous, superficial. Even when the music before the class is on, the women in my gym don’t allow their bodies to move to the beat of the music, not even a foot tap or a head bob, or God forbid a hip shake.

I’ve seen yawning on the bored faces of checked-out individuals even in the most engaging classes. How can someone yawn in the first line of a Zumba class, with the music exploding from the loudspeakers, the instructor making funny moves and your whole body trying to catch up with the dance routine?! It was inexplicable to me.

That made the experience even more spectacular. It came completely unexpected. What was happening?! How did this woman manage to do this? How did she almost instantaneously transform this huge, diverse group of women from all ages, all backgrounds, and characters?!

What was needed? What was the secret? The instructor was not a superhuman, detached from the daily frustrations, not having to pay bills, excluded of the burden of paperwork, taxes, occasional flu, annoying family members, tough conversations, floors to mop, todo lists to complete. Whatever her life was outside of this class, she managed to put it on hold for the 45min of the class and be present. How is this reproducible?

Let’s see if this is a single phenomenon. Where else have I observed such a miracle of similar dimensions?

These are the true leaders. This is the key to magical, meaningful life. This is what it means to be here and now, to be grateful for the moment, for the next breath of air and the next. 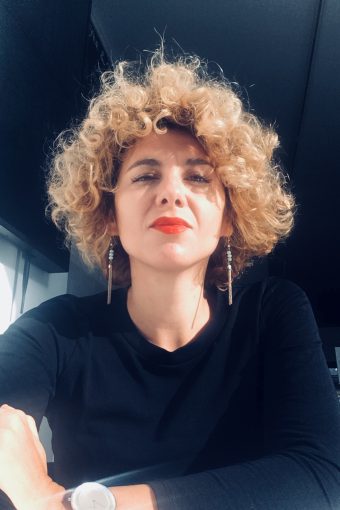 Hi, I am Kate App
*
My simple formula for reaching Financial Independence: Spend less than you earn and invest the difference
*
You win extra points if you find what you love doing in the process

Katerina Apostolova is a participant in the Amazon Services LLC Associates Program, an affiliate advertising program designed to provide a means for sites to earn advertising fees by advertising and linking to Amazon.com

We use cookies to ensure that we give you the best experience on our website. If you continue to use this site we will assume that you are happy with it.Got it!